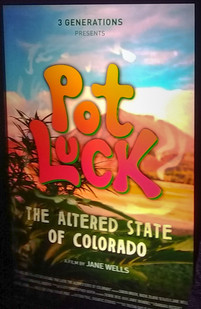 
The war on drugs has failed, but is legalization of cannabis the answer? It has been 5 years since the people of Colorado voted to legalize cannabis in all its forms. POT LUCK takes a road trip across the state to find out what the new normal looks like. A colorful cast of locals including businessmen, budtenders, barbers, cops and farmers share a stake in the still-evolving world of legal cannabis. Gathering their stories and experiences the film looks beyond the headlines and hysteria and asks: Is this blazed new world a good one? Have the injustices of the war on drugs been addressed? Is drug crime down? What about personal liberty and access to alternative health care? Is legalization synonymous with greater social justice? 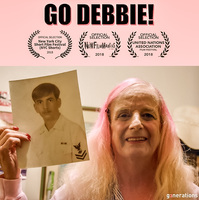 Transgender Vietnam veteran Debbie gets a life-changing present for her 68th birthday.
Debbie was born in rural Pennsylvania and served in the navy during the Vietnam War. For much of her adult life she was married with children and worked in road construction in Colorado. When she began to reveal her true identity, she lost her job, her home and her life savings. Undaunted, Debbie dragged herself out of homelessness, completed her transition and is now living happily as a pink-haired activist.

“This compelling, fast paced yet lyrical film, does a brilliant job of exploring the tension and dilemmas of hard choices and often bitter ironies, surrounding one of Asia's greatest rivers as it stands on the brink of dramatic changes which will affect the entire river basin and the millions of lives that depend on it.”

A documentary that details the life and humanitarian work of Sergio Vieira de Mello, a man who endeavored to bring peace and security to countries like Rwanda, Mozambique, Cambodia and East Timor. de Mello was among the people killed in a bombing attack on the UN Headquarters in Baghdad on August 19, 2003.

A documentary about hip hop artist named Half-a-Mill and his Brooklyn crew as they struggle to escape the poverty and violence of the Albany Housing Projects through music.

“Player Hating is one of the more intimate and revealing looks at American projects ever made… Hadleigh-West clearly has the guts, not to mention the wiliness, of a potentially major filmmaker: She went to an everyday kind of purgatory and came out with a picture of cleansing humanity.”
– Chuck Bowen, Slant Magazine

Narrated by Roberta Flack, Wake Up shows what women and children in Mozambique are doing to combat the AIDS issue and how an American from Illinois helped in this fight.

Wake-Up, a half-hour documentary, focuses on Mozambique, a country that is emerging from civil war only to find itself facing a fast-growing HIV/AIDS epidemic. The film explores the relationship between HIV and young people and what a select group of non-governmental organizations is doing to raise awareness and advocate for prevention.

Lockup: Inside Rikers Island
"LOCK UP" 57MIN
44 Blue Productions
There are 2 million people behind bars in the U.S. In Lockup, we open the gates and show you what happens inside America’s prisons.

A tour of New York's Riker's Island prison facility includes a look at how penitentiary officials deal with issues such as gangs, living conditions, pregnancy and overcrowding.

Back to Space
2006 Point Du Jour
Directed By Thomas Cazals 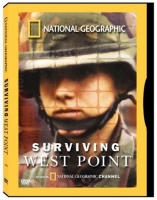